Summer on the Coast

I have not been good at posting blogs this summer- so it's time to catch up. 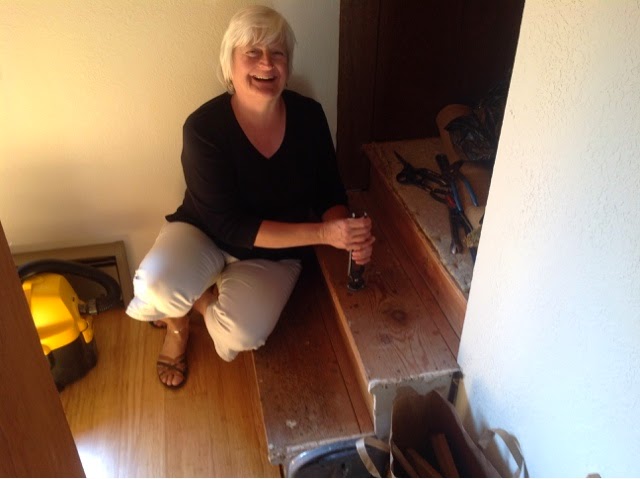 Bamboo flooring on the stairs 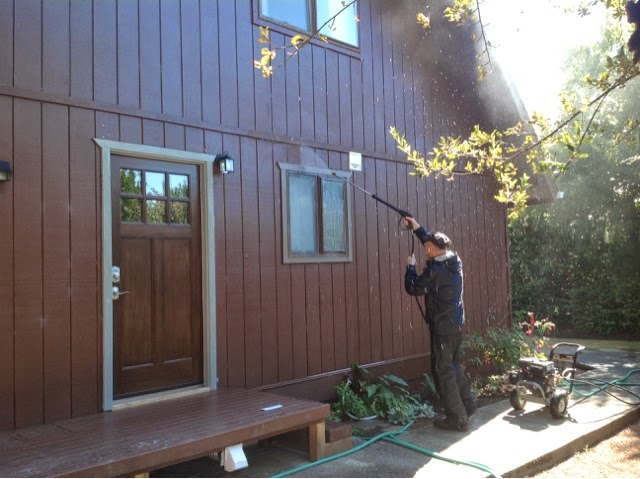 Power wash and paint the house 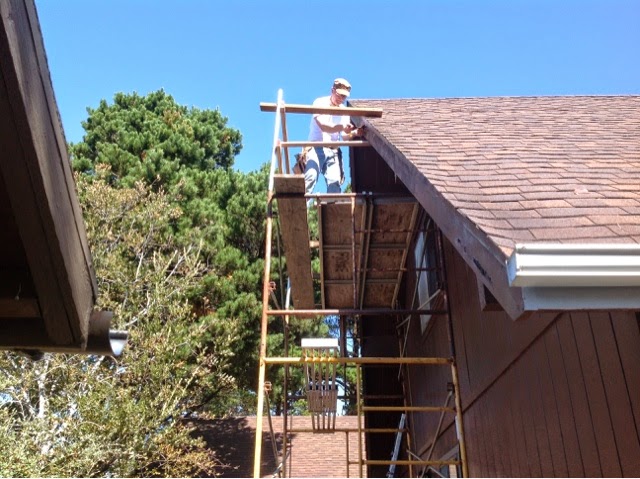 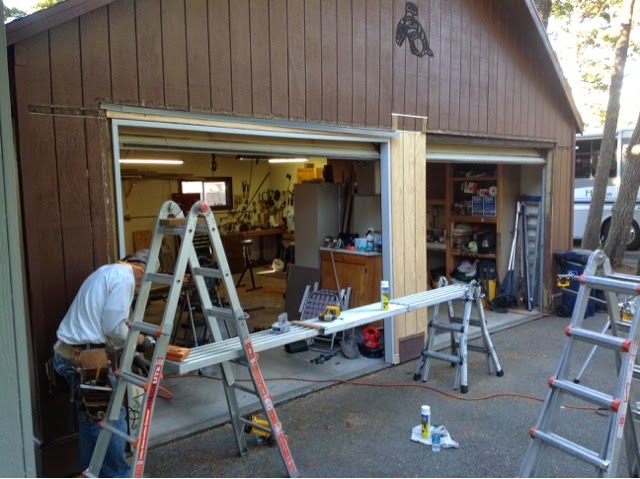 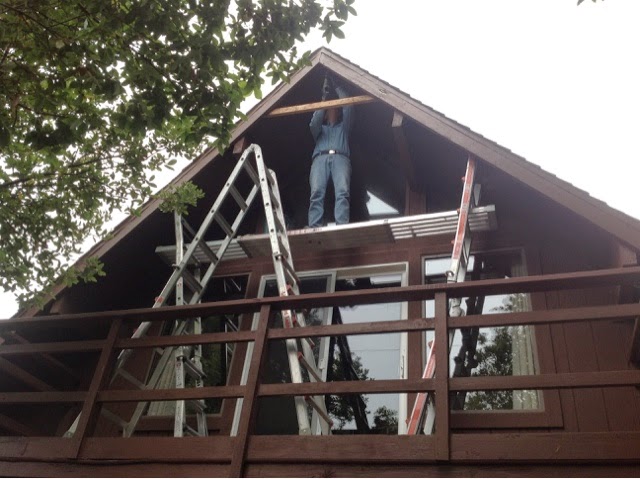 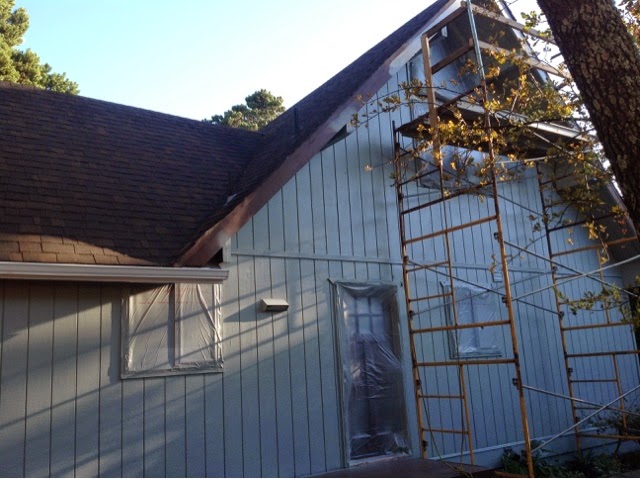 Finally some color other than brown 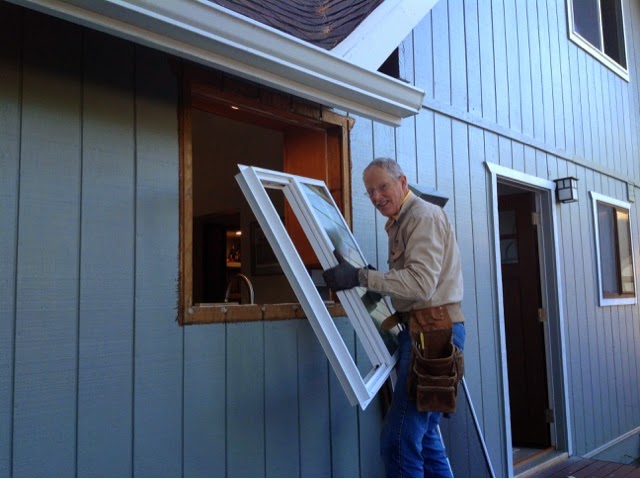 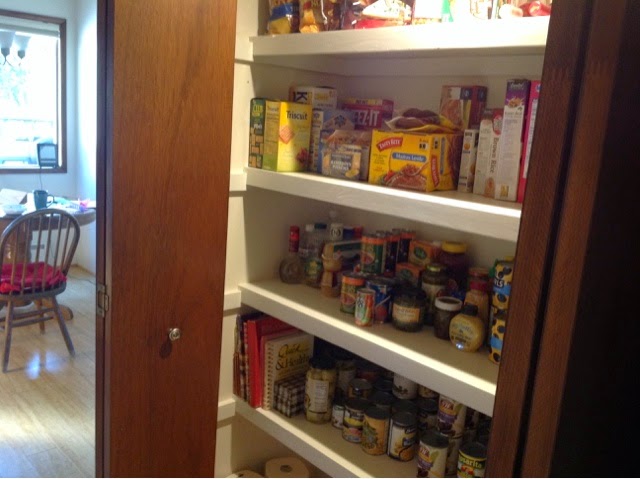 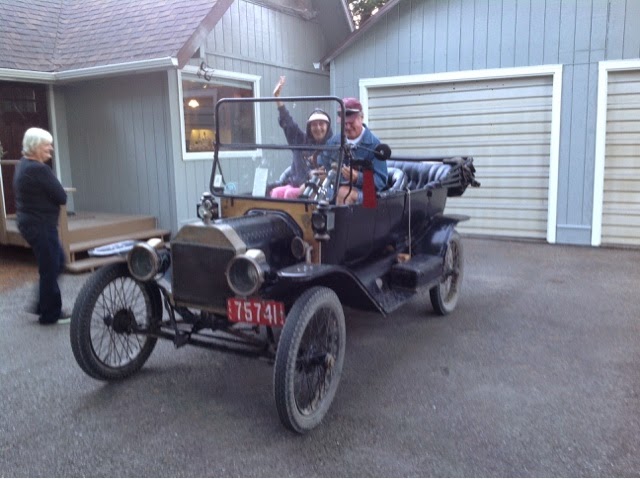 Friends Ralph and Ann in their 1914 Ford

Still time to spend with  friends-  Mike and Theresia, Horst and Alice,  Doug and Kathy, Carolyn and Mark, and Dawn and John to name a few.

And visits to and from, family 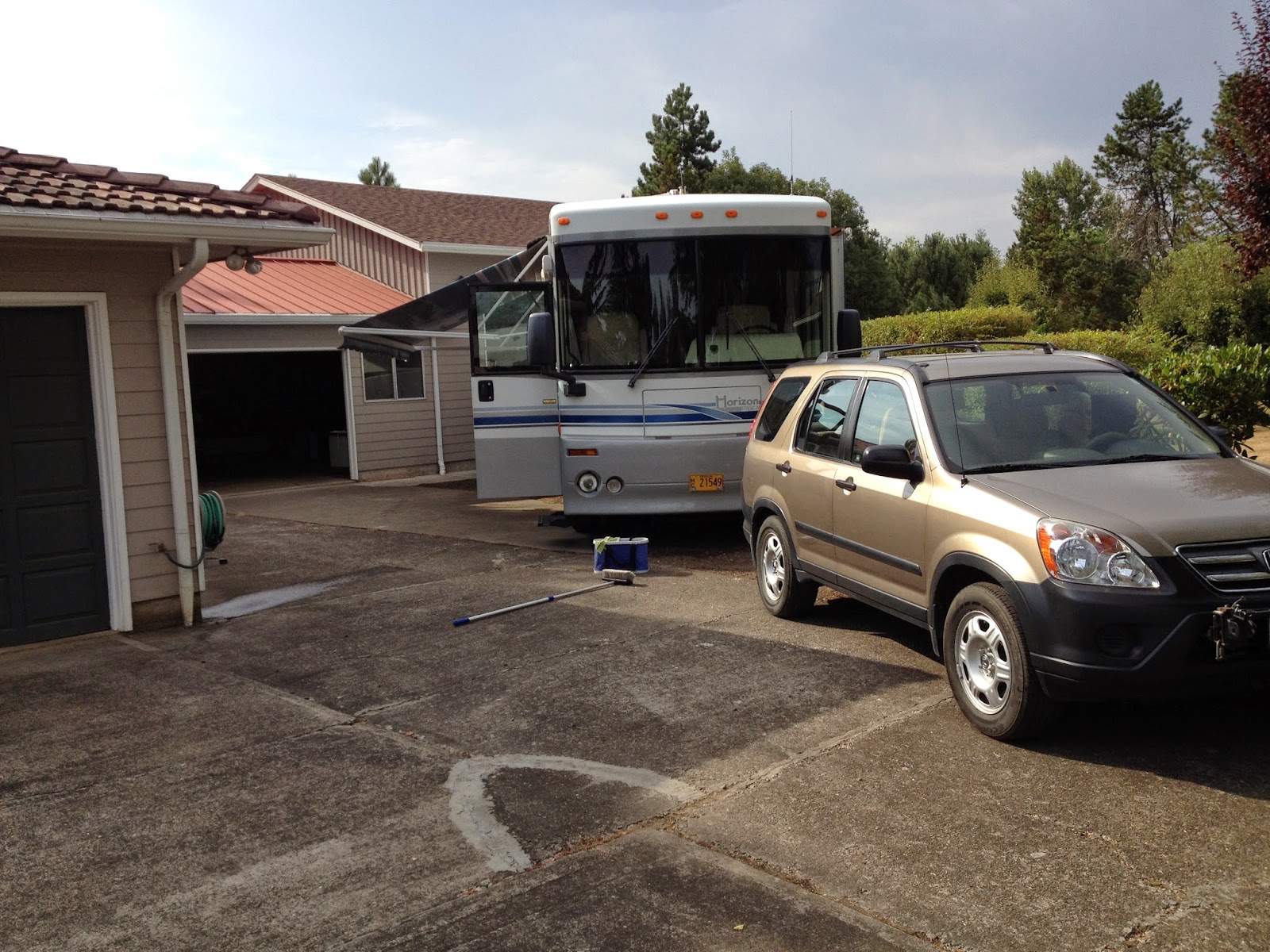 Our home-away-from-home, in Salem. OR .  My brother Thane and his wife Kathy have let us dock at their house so many times that we've lost count!

While in Salem, Joan and I got to reconnect with Todd and Karon Springstead, Jeff's niece and her husband.  The Springsteads have two children Kylie, a four year old daughter and Tavin who is almost 2. 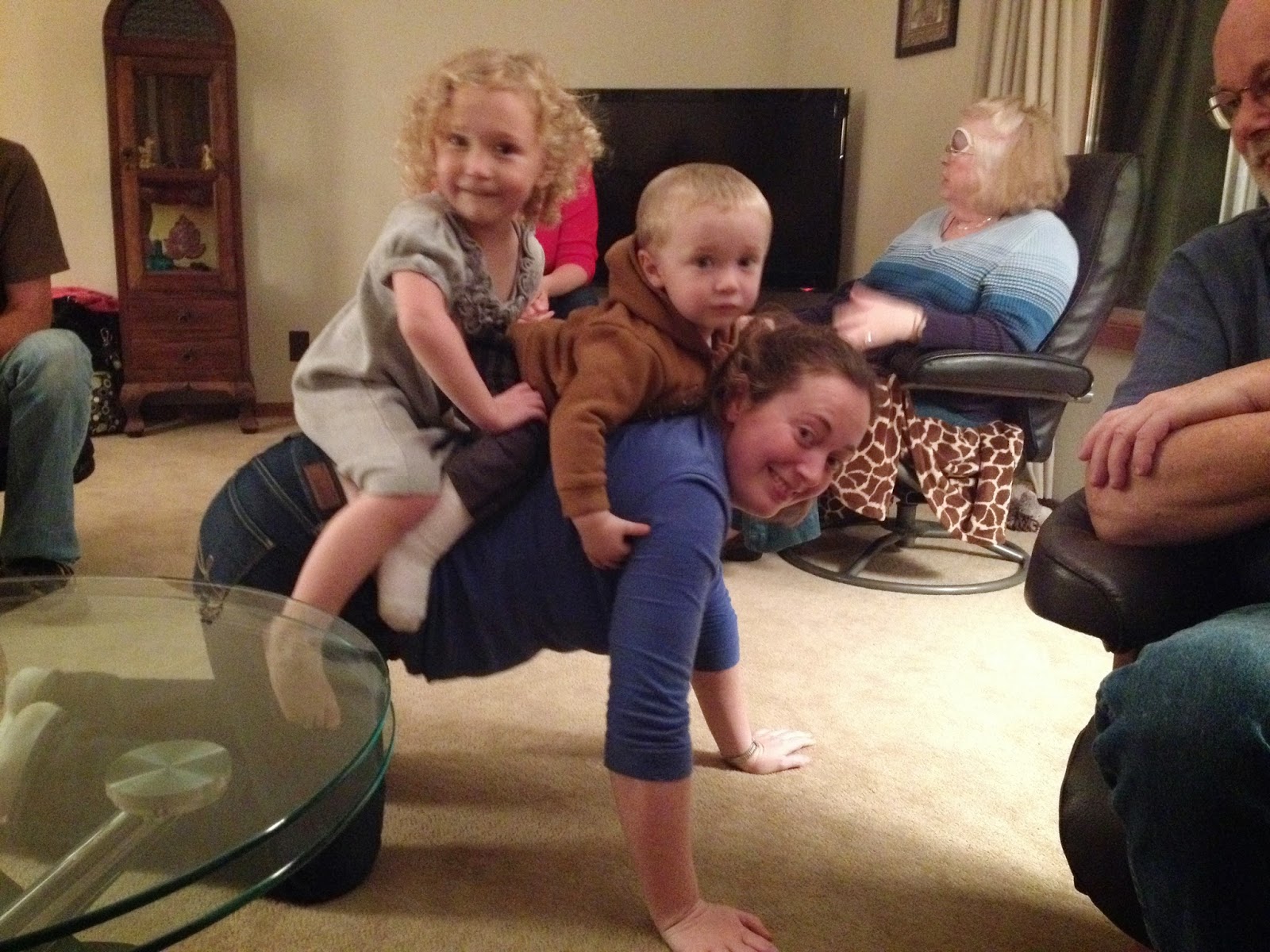 Kylie, Tavin and Karon in an equestrian pose

Jeff gets in some playtime with Kylie 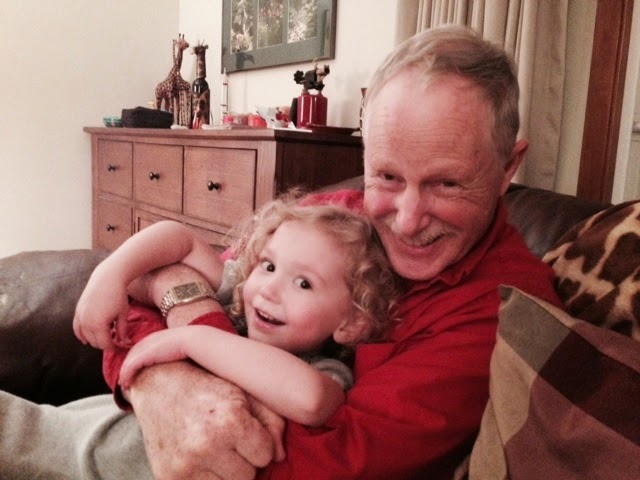 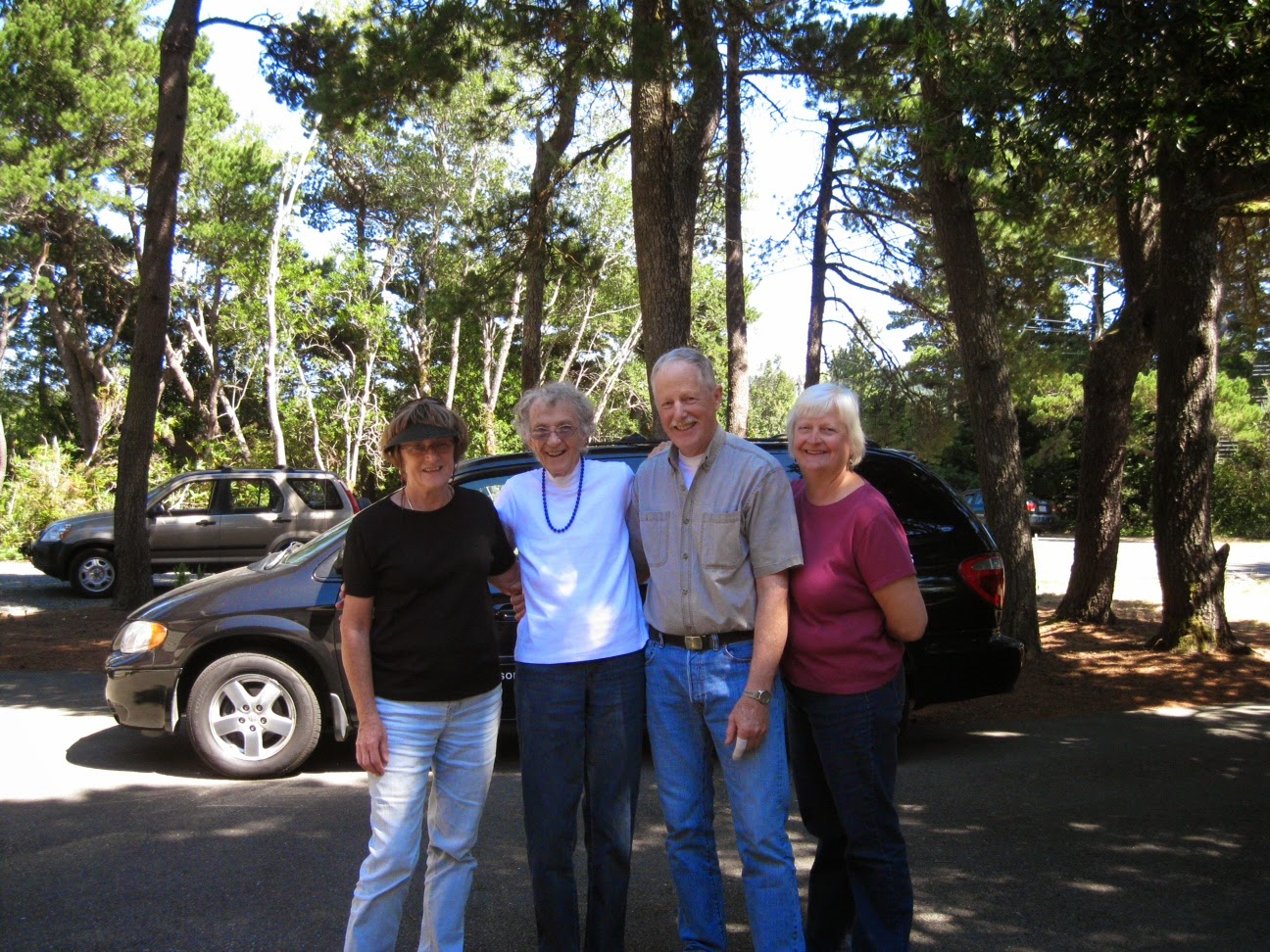 Mom finally accepted our invitation to visit Port Orford!  Sister Phebe drove up from Blue Lake, CA and we had a wonderful time.  We hope we can make this an annual event!

The wind was rising all night and dawn broke to winds gusting to 90 mph in exposed areas of northern Curry county.  We were fortunate not to be in one of those areas, which is not to say we weren't getting hammered by the wind.  We looked at the many pine trees around us, most 30- 50' tall and hoped that the rain soaked ground would hold them upright.  After breakfast (we still had electricity!) we decided to go see how the port was faring with high tide approaching and the wind from the southwest.  On our way south through town we noticed that electrical service was cut off in the areas east of highway 101. 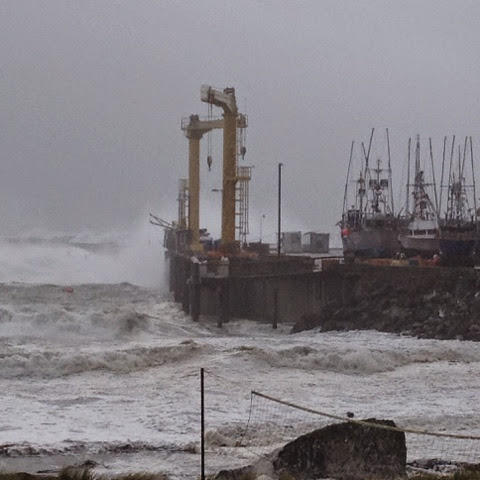 Our normally quiet bay was a roiling caulderon of white, and the breakwater and port facilities were getting pummeled.  Waves were rolling over the breakwater like it wasn't even there. 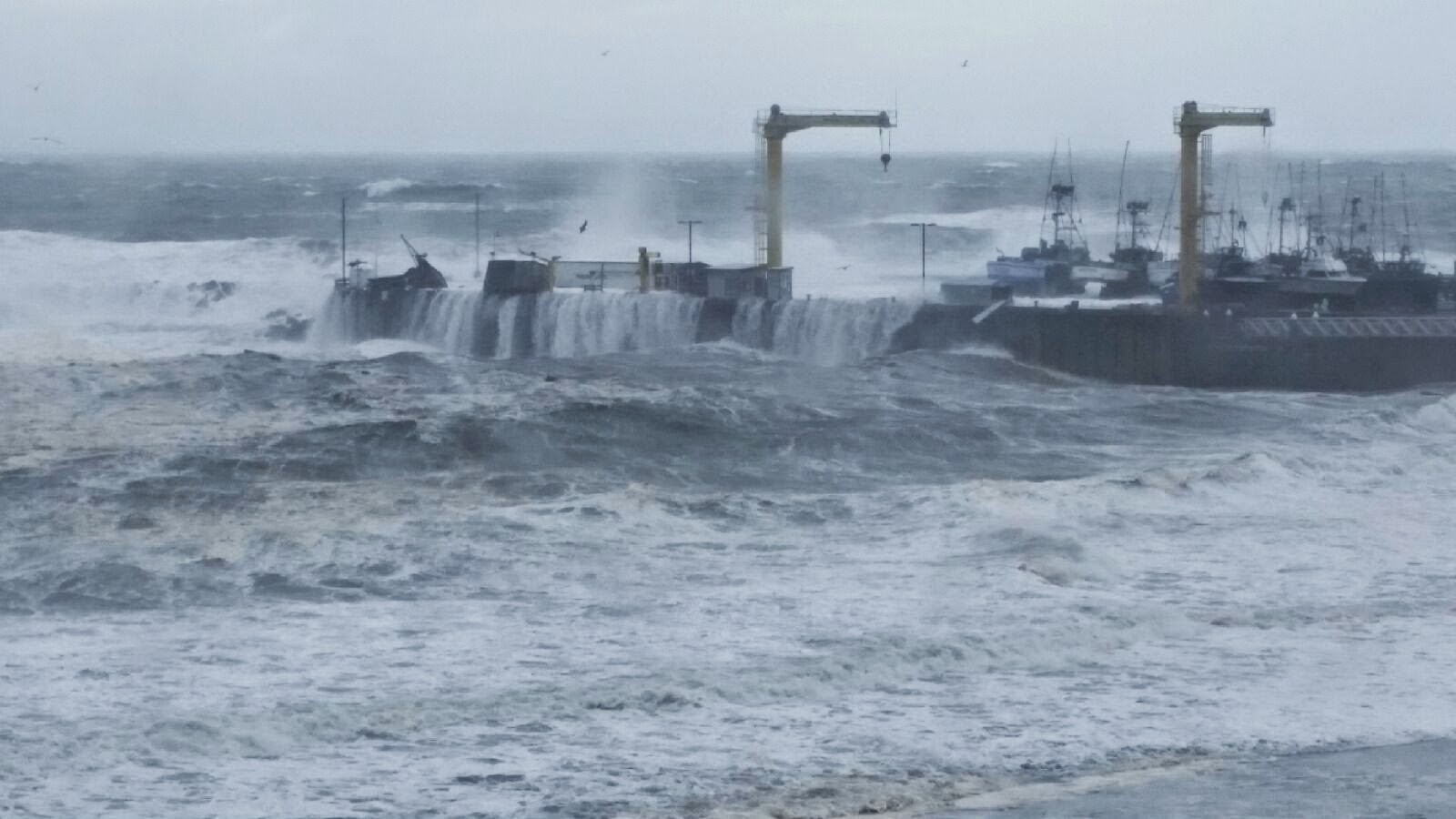 These same waves were sending rivers of water across the surface of the dock and washing anything that was not tied down, into the bay. 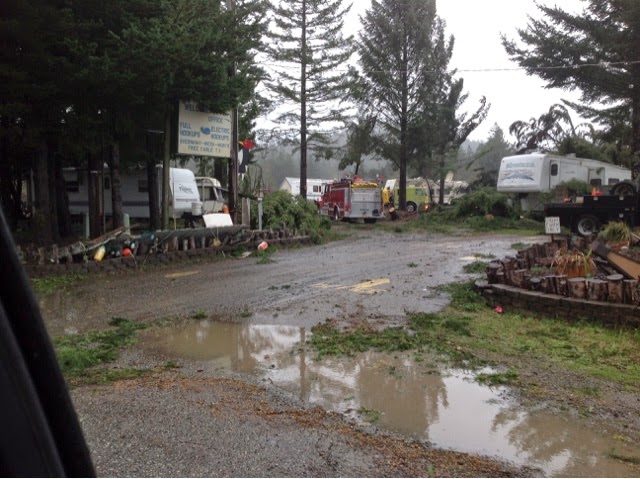 One area of town especially hard hit was the Madrona 101 RV Park.  A developer had cleared the forested land to the south of the park earlier this summer, and the trees left standing in the adjacent park toppled like dominoes.  Luckily the residents of the RVs on the perimeter had fled to the relative safety of the clubhouse before trees crushed about 3 RVs- one of which exploded after leaking propane, and oxygen caught fire. 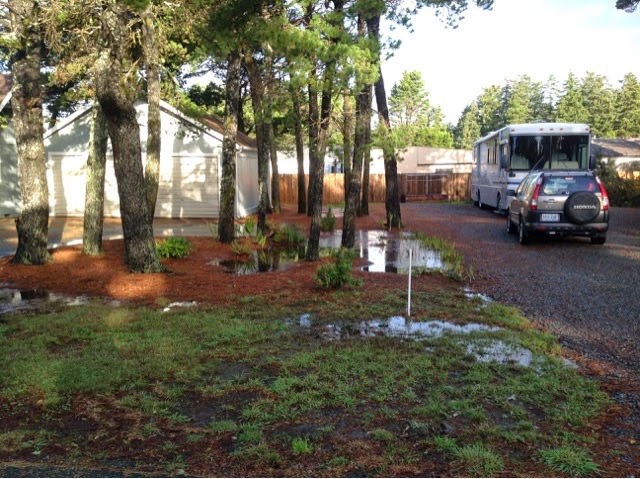 Luckily, we survived relatively unscathed, only a few broken limbs and a lot of standing water.

Joan and I knew that Port Orford (the westerly-most incorporated town in the lower 48 states) catches the Pacific storms in the winter, and can get sustanined winds above 60 mph and gusts over 100 mph, but we'd never been through one in this house. 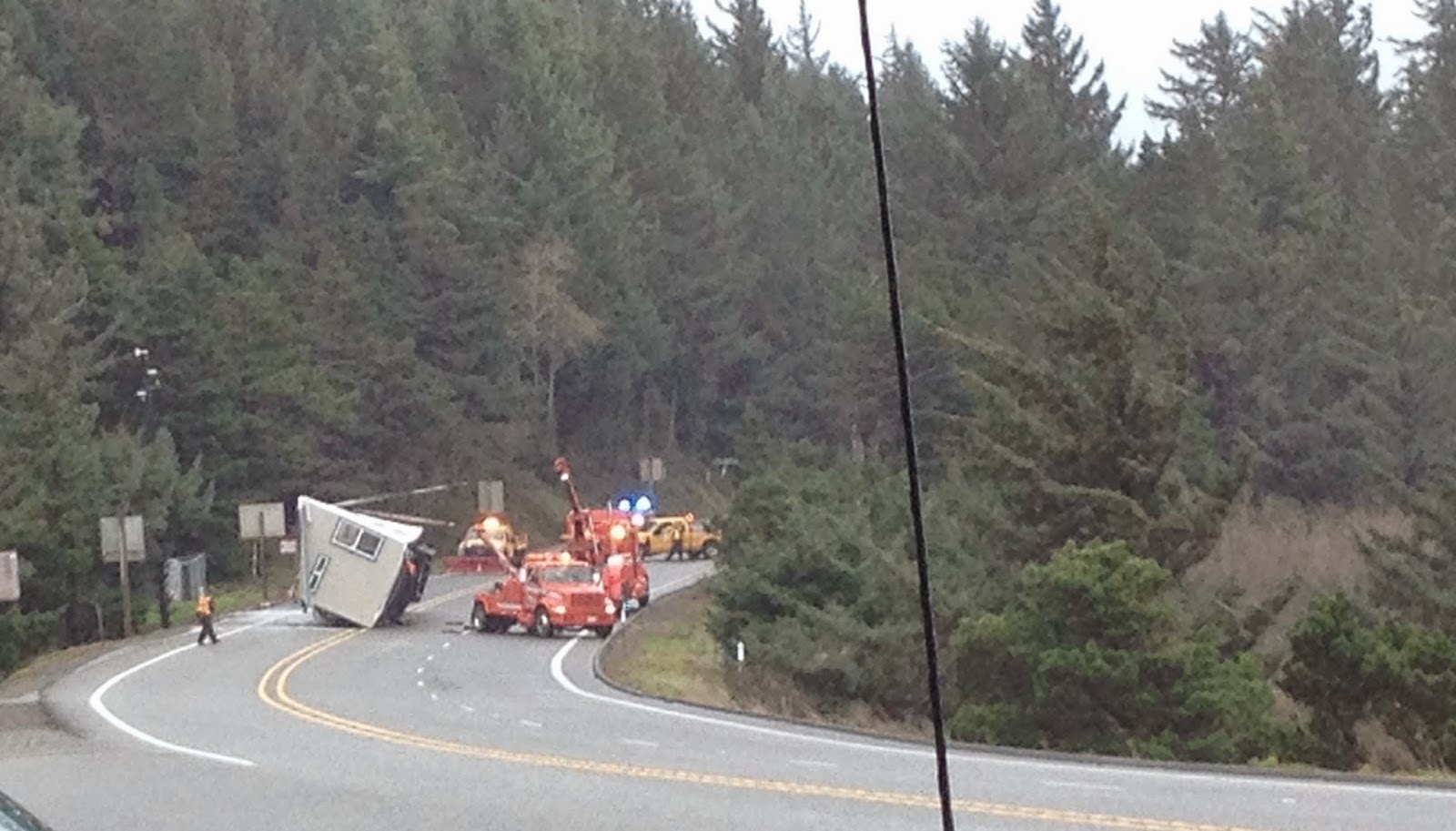 The winds were strong enough to blow over this manufactured home being towed south out of town by Battle Rock park.  The wreckers had it back up on its wheels in about an hour, but I'm pretty sure it will have to go back to the factory ( or the junk yard) after this. 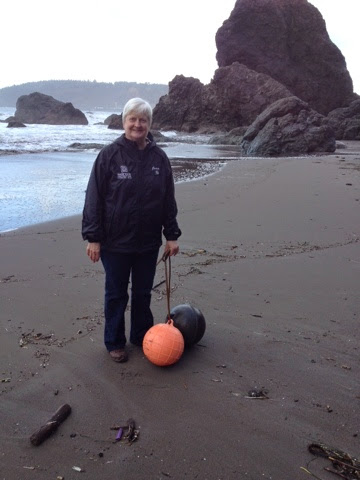 And after the storms is the best time for a little beach combing.  Joan found two floats with asian writing on them. 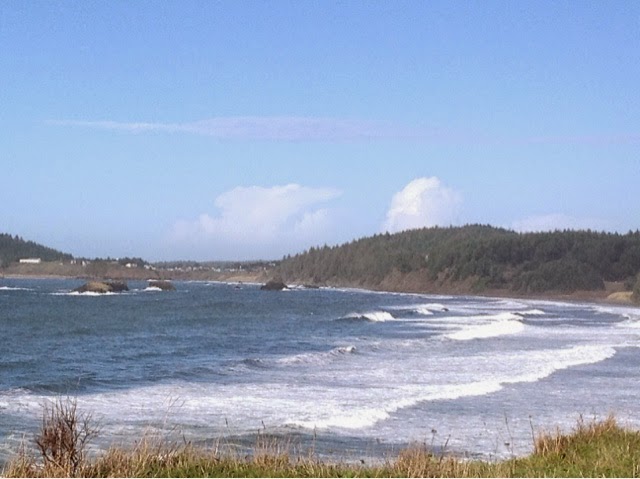 Saturday morning the storm was gone, and the weather was beautiful.  Our little gem on the Oregon Coast.

Not everyone knows that this part of the Oregon coast from Bandon to Port Orford is a major producer of cranberries.  Oregon is the fourth largest producer, and nearly all those berries are grown in this region
Last month, Theresia and Mike took us out to Winsmuir Farm in Sixes, OR, where David and Mary Margaret Smith grow organic cranberries and dry pick them for a specialty market.  Commercial (juice) berries are harvested by flooding the berries and using a beater to loosen the fruit which floats on the water.  Dry picking is much more tedious and harvests fewer of the berries, but the pay off is a higher price per pound. 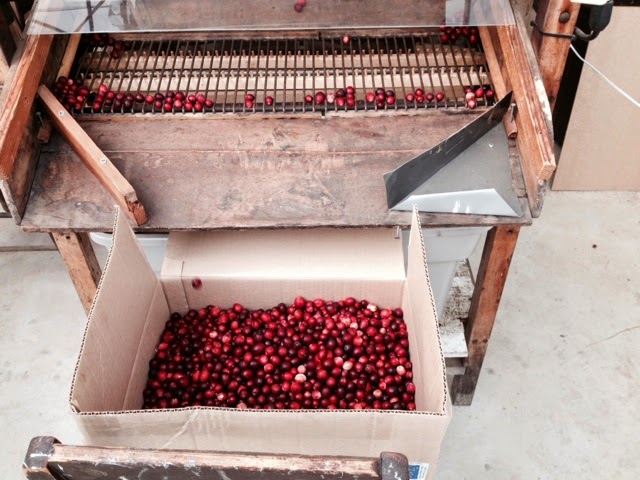 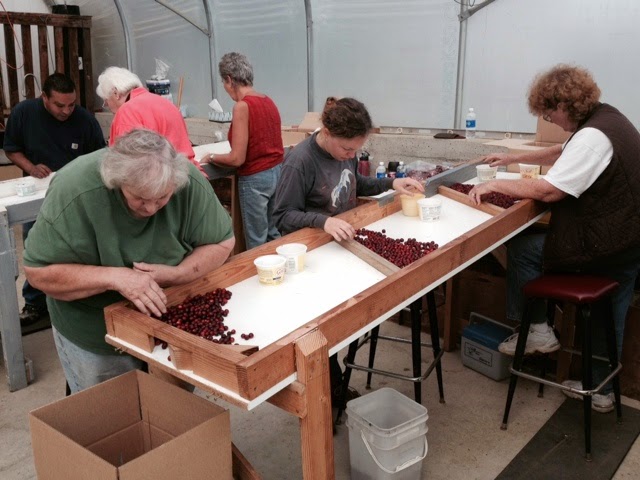 Go to the sorting tables where they must pass the careful grading of three inspectors to get into the sale box.
Joan and I got a bag of cranberries to use in our cranberry relish and they are really awesome.